See how our story has unfolded over the decades and how our business strategy has enabled our growth, from a national Irish company in 1970 to a global leader today.

The 1970s was a decade of new beginnings for CRH, which laid the foundations for our global Group. In 1970, the Group had sales of c.€27 million, c.95% in Ireland. By 1979, it had grown to €328 million of annual sales, had completed 16 acquisitions and was operating in four countries.

1970: CRH was formed through the merger of Cement Limited and Roadstone Limited. The newly formed Group was the sole producer of cement and the principal producer of aggregates, concrete products and asphalt in Ireland.

1973: Coinciding with Ireland’s entry into the European Economic Community (EEC), CRH expanded onto mainland Europe, establishing a presence in the Netherlands with the acquisition of Van Neerbos, a builders merchant with concrete products operations.

1978: Crossing the Atlantic, CRH took its first steps in the US market with the acquisition of Amcor, a concrete products company based in Utah. This was the foundation stone for the development of our extensive Building Products business in North America, where CRH is now a leading supplier to the construction industry today. 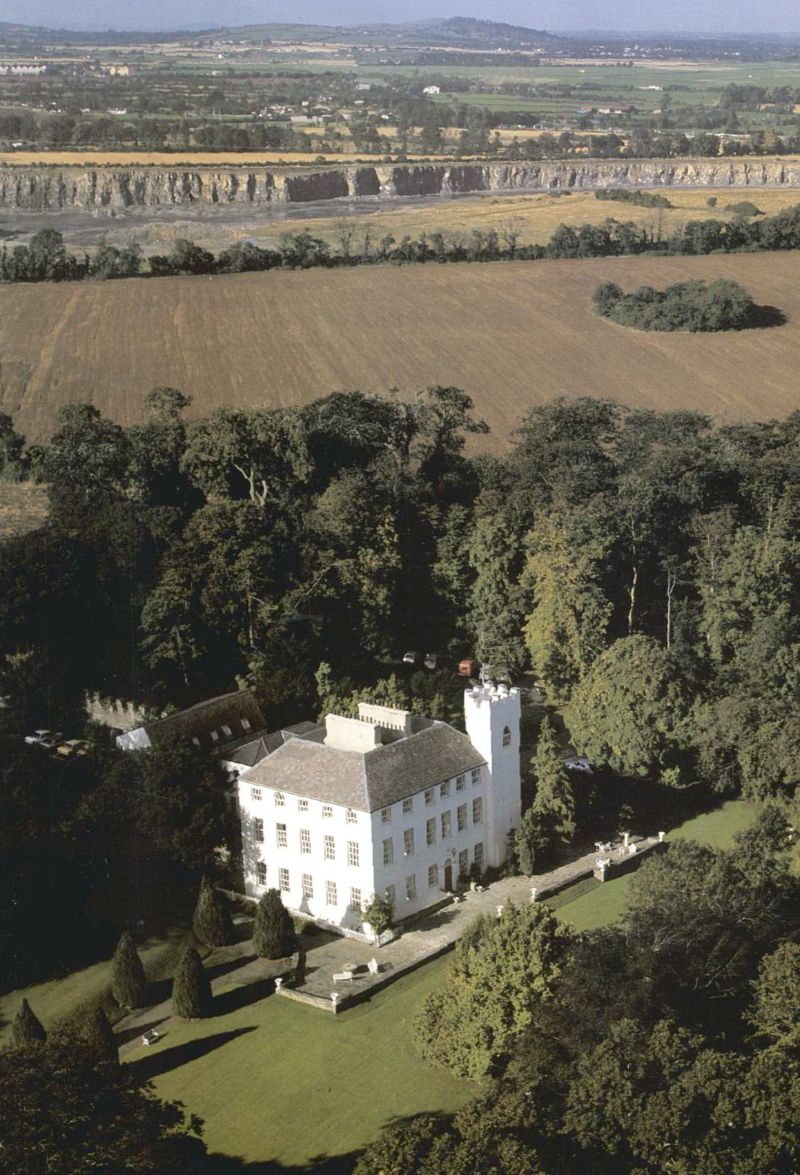 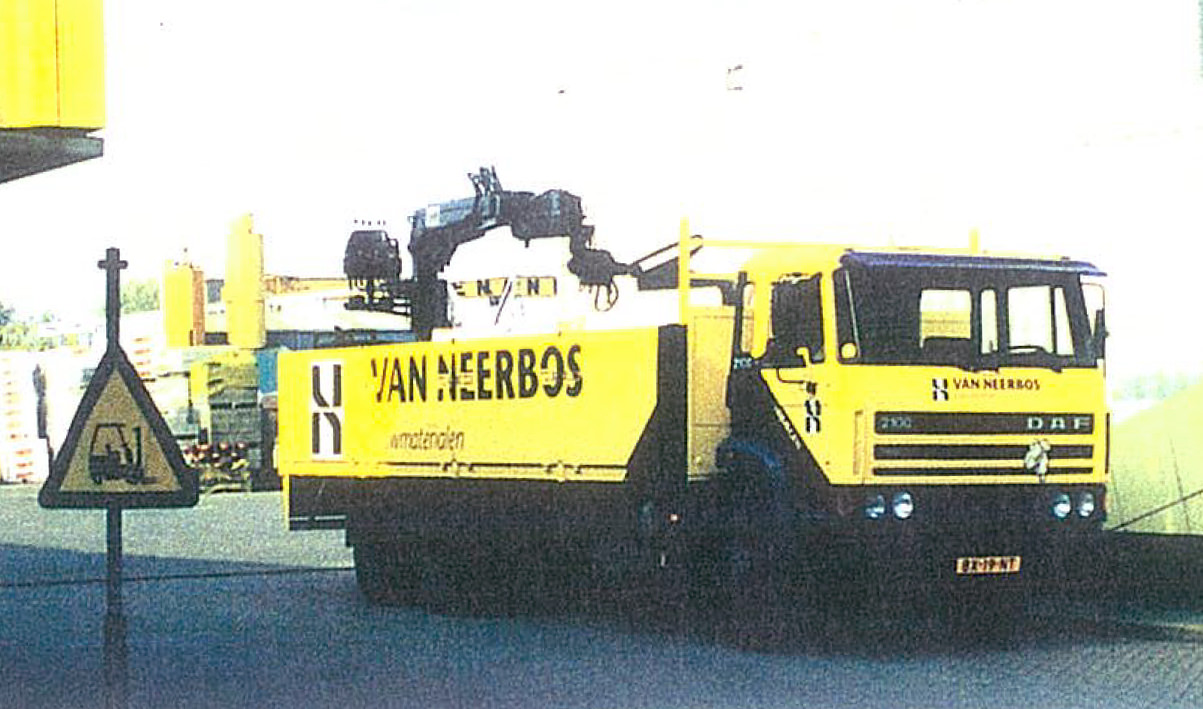 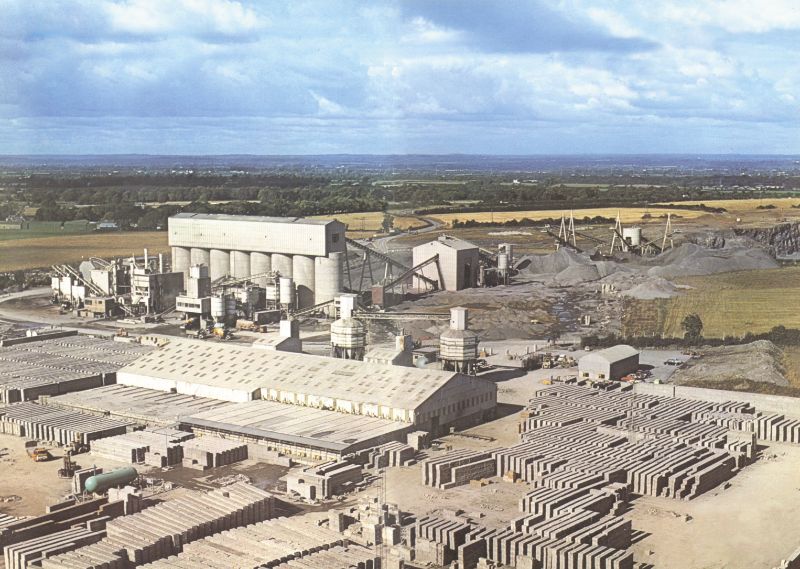 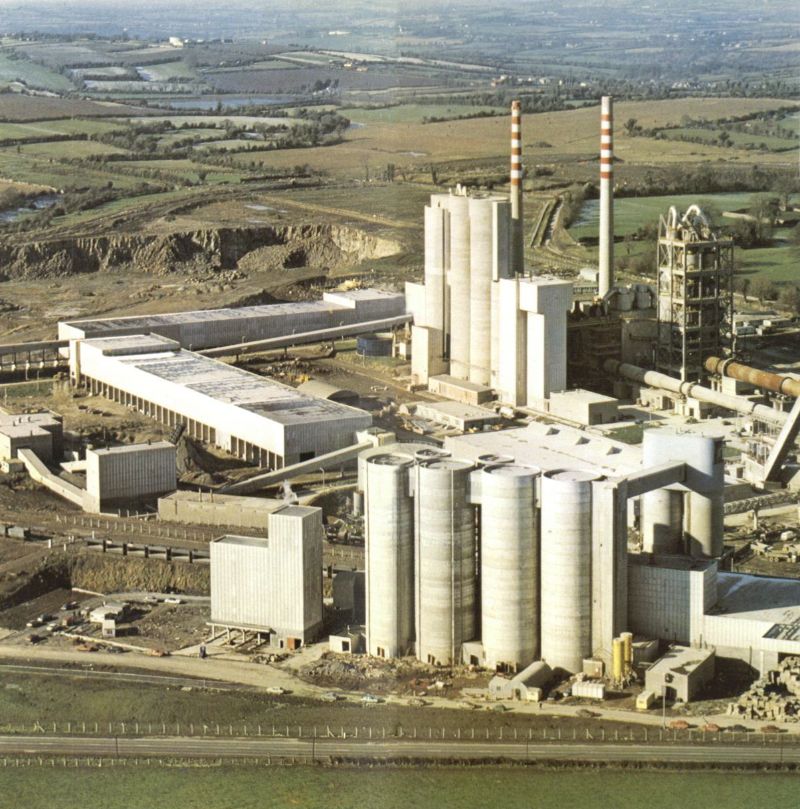 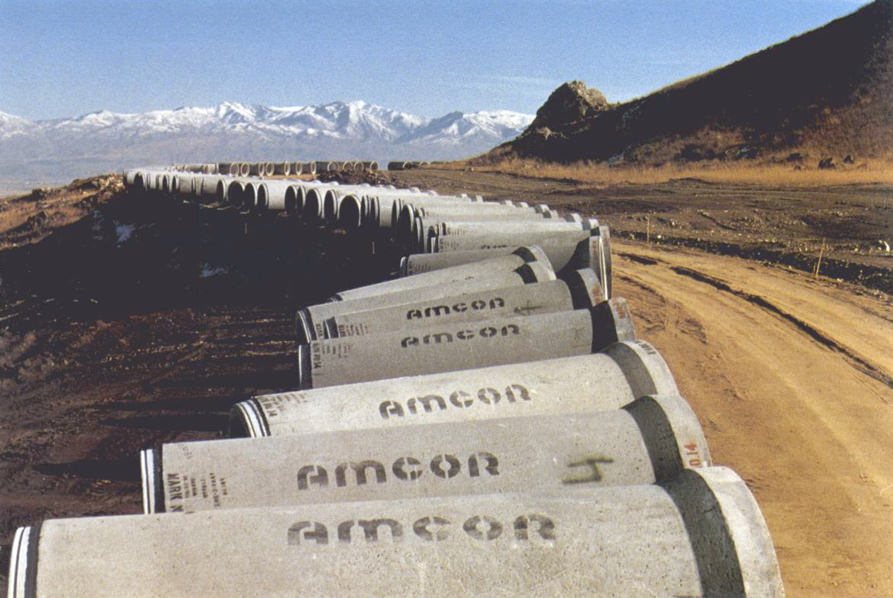 Against the backdrop of a global recession in the early 1980s, CRH developed a clear strategy for growth which would see it establishing a new platform in the US and extending its influence in Europe. By the end of the decade, the Group had completed a further 49 acquisitions and reached sales of €1.3 billion.

1981: The Utility Vault acquisition significantly expanded CRH's precast concrete operations in Western US markets and formed the basis of what is now our Oldcastle Infrastructure business, an industry leader in engineered building solutions.

1985: The foundation of what is now our Americas Materials Division, took root with the establishment of a new platform in the US through the acquisition of Callanan Industries, an aggregates and asphalt company in Upstate New York.

1986: CRH acquired Heras, the largest manufacturer of fencing and security solutions in the Netherlands, known for its strong brand recognition and innovation culture.

1987: The acquisition of the Beton Catalan Group, a major producer of aggregates, concrete products and readymixed concrete in Spain, enabled CRH to further expand its presence in mainland Europe.

1988: Building on our Callanan Industries acquisition in Northeast US, CRH added Pike Industries, the largest vertically integrated aggregates, asphalt and construction company in New England, in 1988. 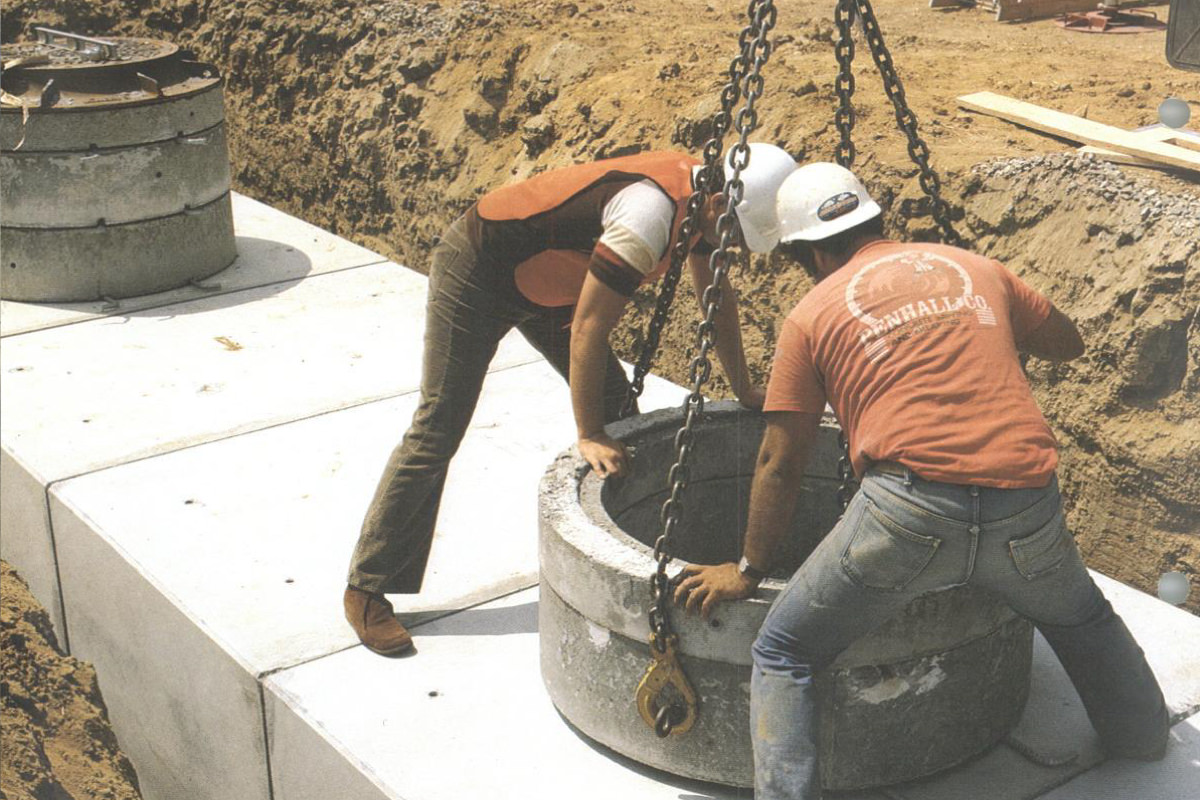 1981 – Utility vaults being set at Riverside, California for the Pacific Telephone Company 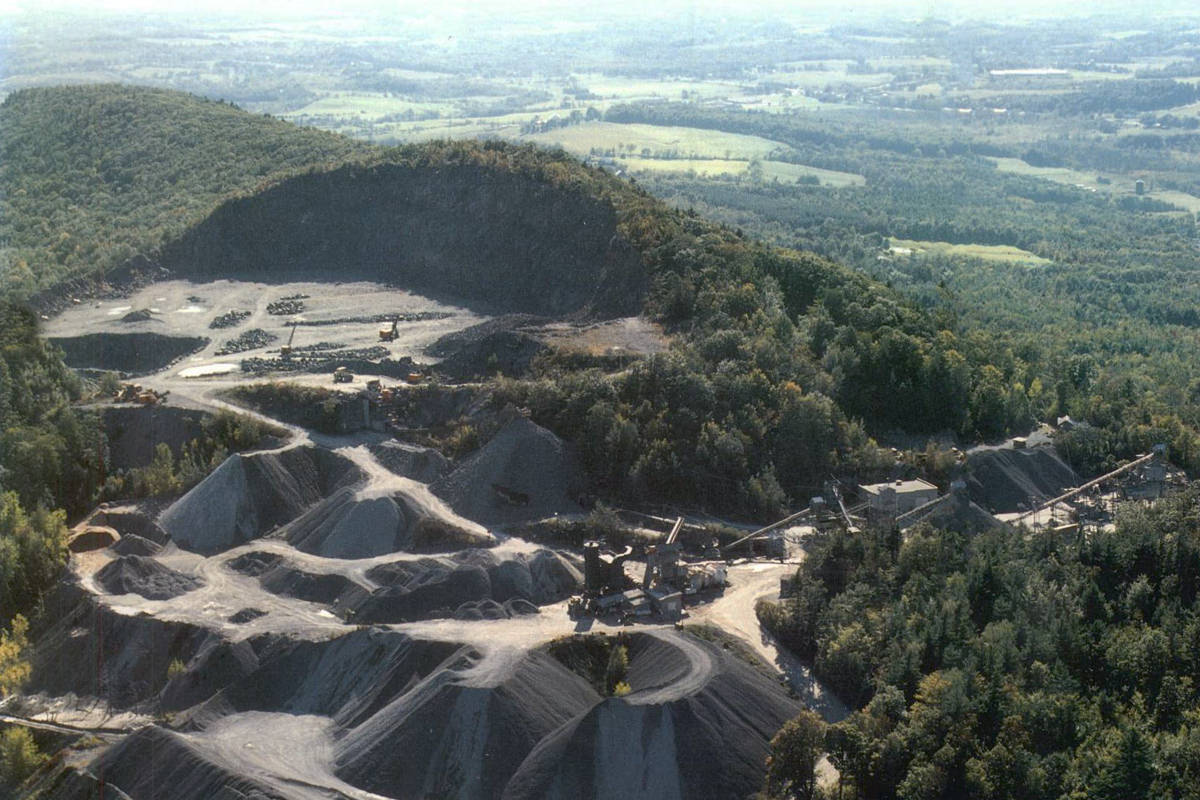 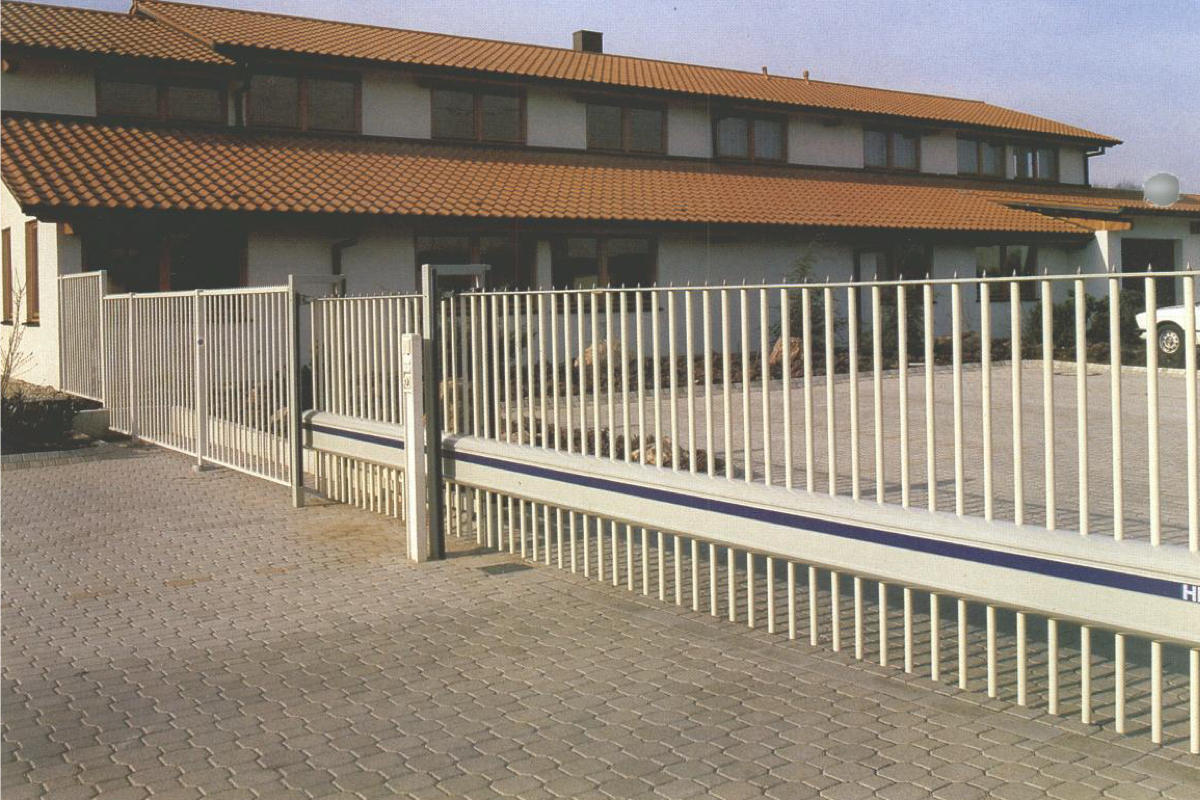 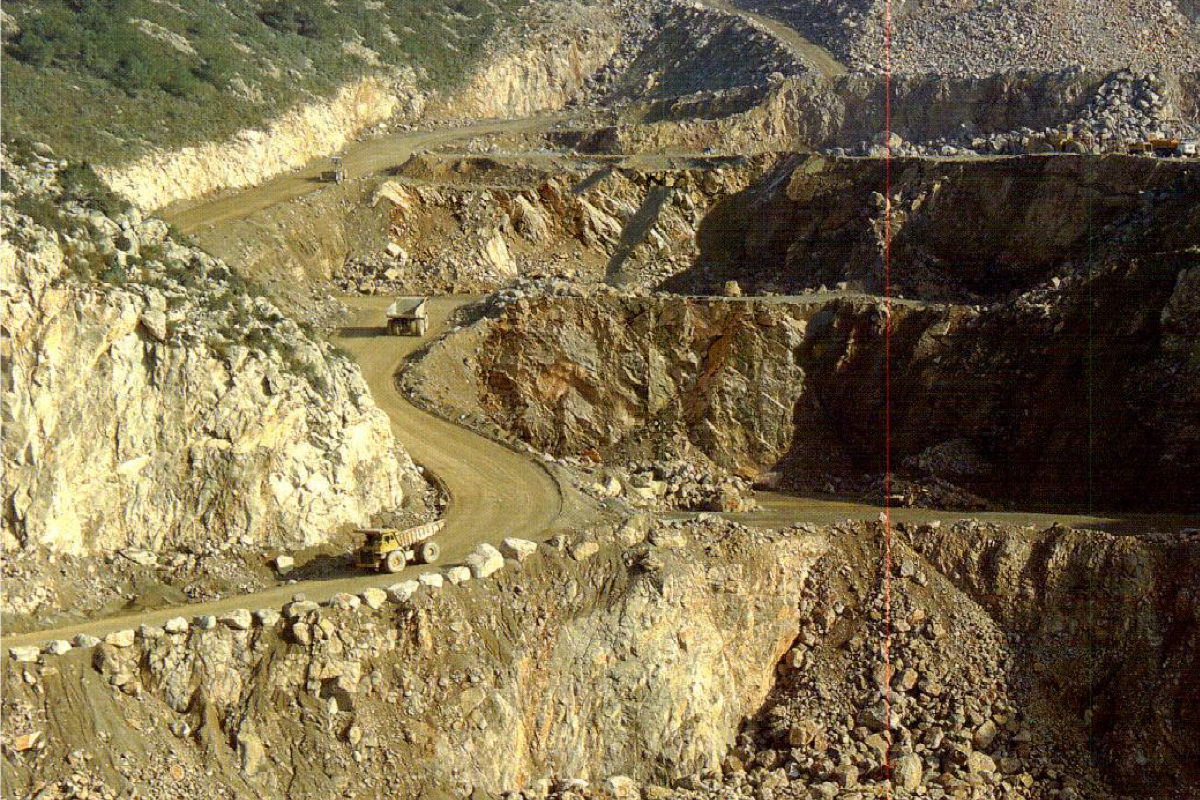 CRH expanded rapidly through the 1990s, entering new markets and increasing its footprint across North America, while building its presence in Eastern Europe. Sales reached €6.7 billion by the end of the 1990s with the Group completing 189 acquisitions in the period.

1990: Investment in 13 glass fabrication plants in the US heralded the formation of CRH’s highly innovative Oldcastle BuildingEnvelope® business, a cornerstone of the Group’s global Building Products Division.

1995: Since 1938, the Group’s cement activities had been solely in Ireland. By acquiring a shareholding in Cement Ożarów, one of the leading Polish cement producers, CRH began to widen its cement production footprint. In the same year, the Group established a new growth area for the Americas Materials Division with the acquisition of Staker Parson, a major quarry and asphalt business in Utah and the Mountain States.

1996: The purchase of Tilcon for $323 million was CRH’s largest acquisition at that time, establishing a unique regional position in the materials markets of the Northeastern US. In the same year, the acquisition of Allied Building Products gave CRH a fifth core business in the US and a first presence in US distribution.

1997: The acquisition of Permacon provided a foothold in the Canadian architectural products market plus a welcome introduction to professionally installed hardscapes, which would in time become CRH's successful Belgard brand. Permacon remains a key CRH R&D centre for the development of new products and product styles in architectural masonry.

1998: A strategic repositioning in the UK market from distribution into clay brick, came with the acquisition of public company Ibstock (UK) and its associated Glen Gery (US) operations. In Europe, the acquisition of Raboni builders merchants, established a position in supplying the residential repair, maintenance and improvement market in the greater Paris region.

1999: Approaching its 30th anniversary, CRH continued its expansion into the US Midwestern materials market with the acquisition of Thompson-McCully, the leading aggregates and asphalt manufacturer in southern Michigan. In Europe, CRH entered cement in the Ukraine and strengthened its position in concrete and aggregates in Poland. It also purchased Finnsementti and Lohja Rudus gaining a leading market position in cement, aggregates and concrete products in Finland and a presence in the Baltic region for the first time. 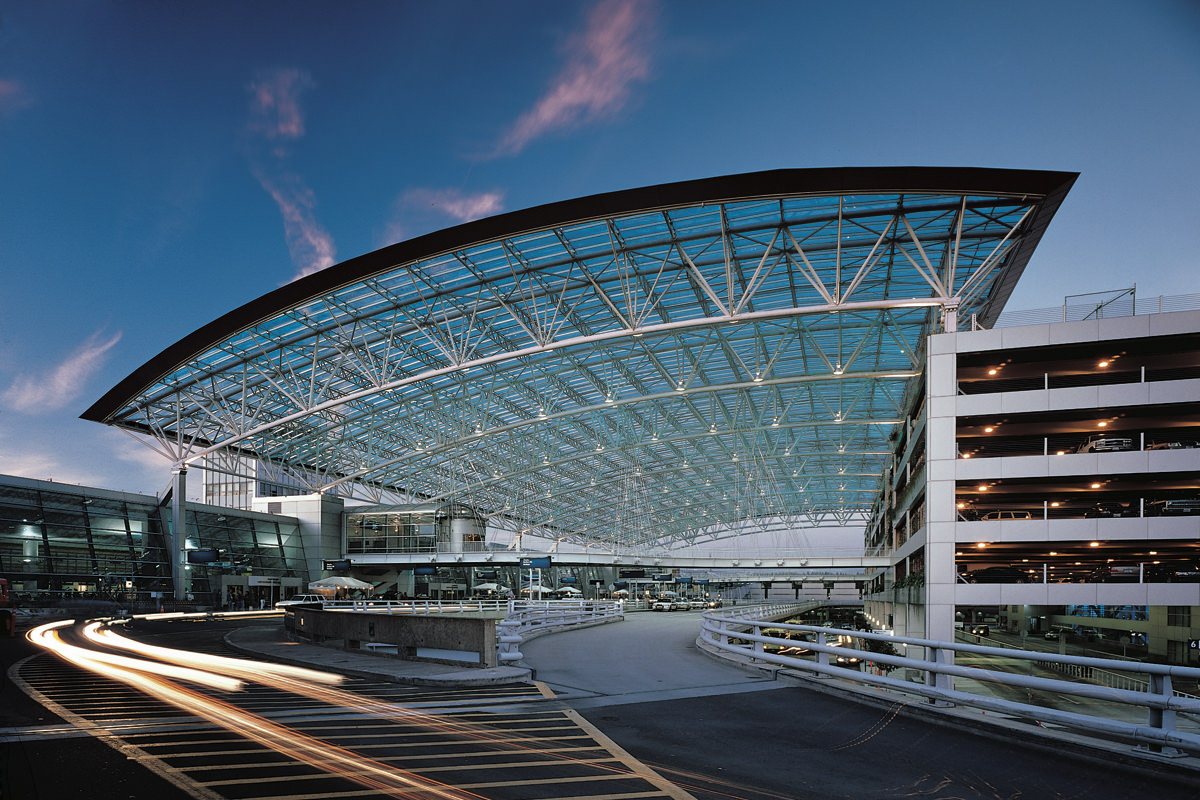 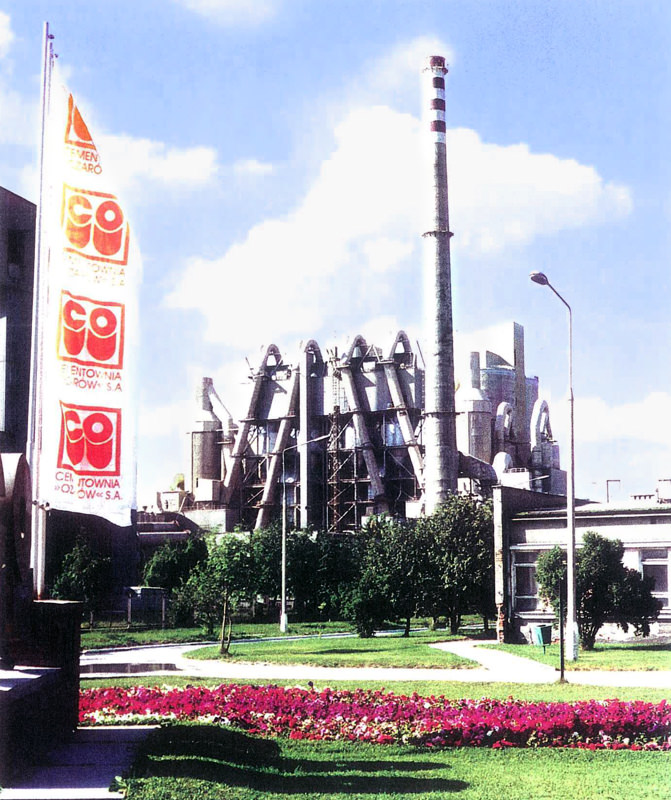 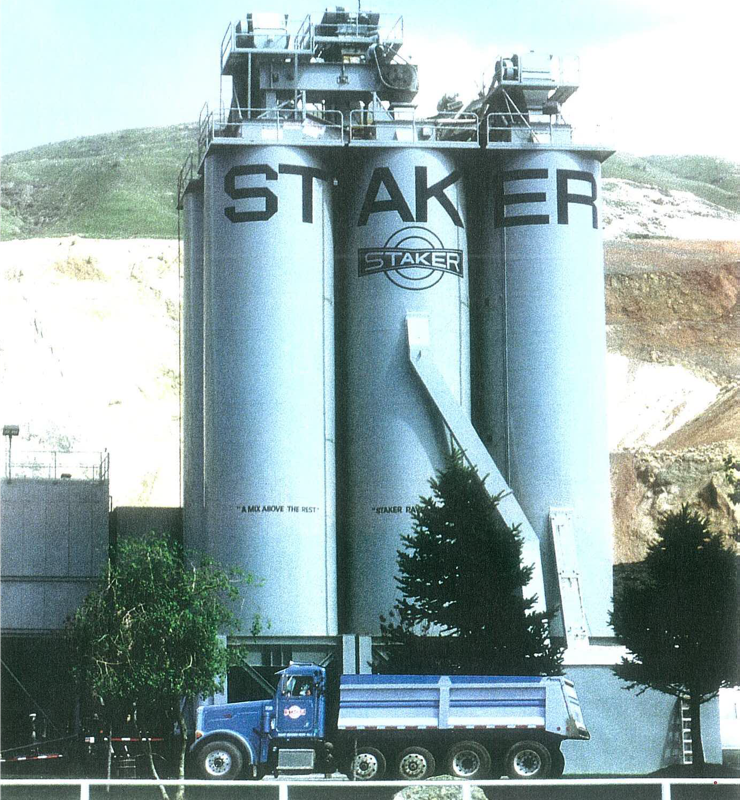 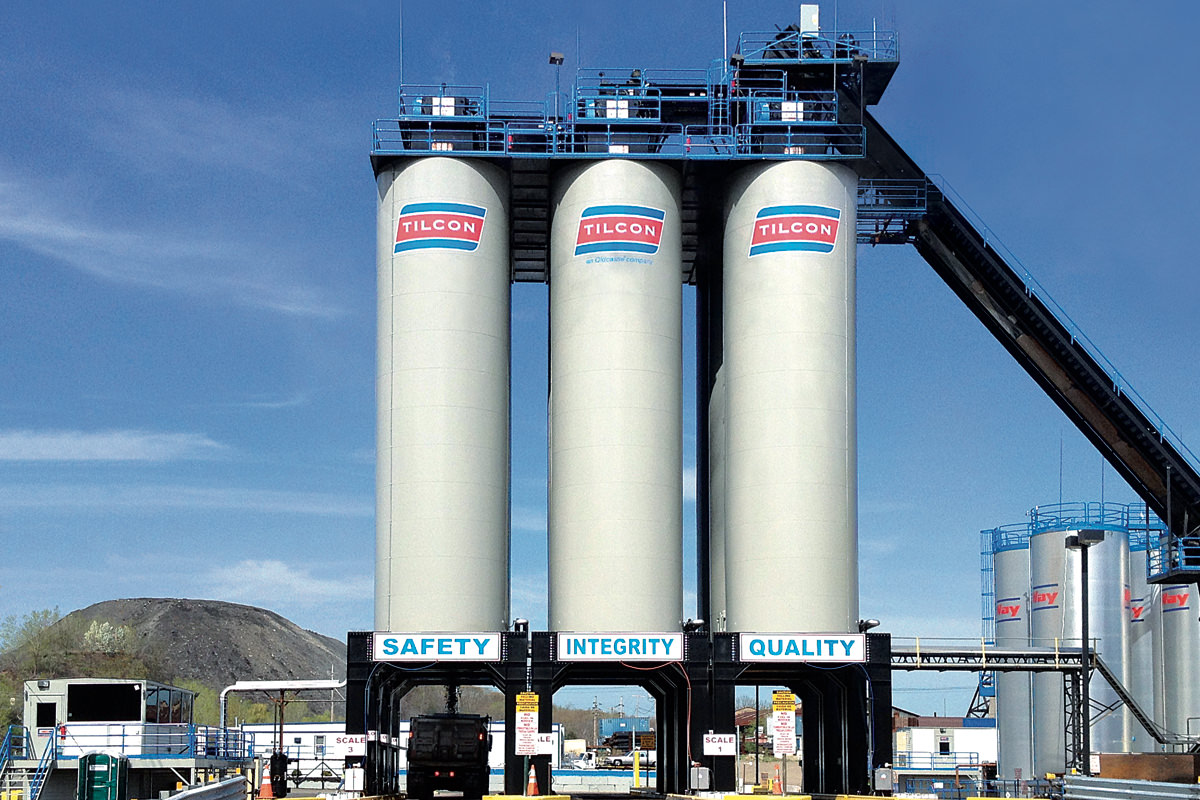 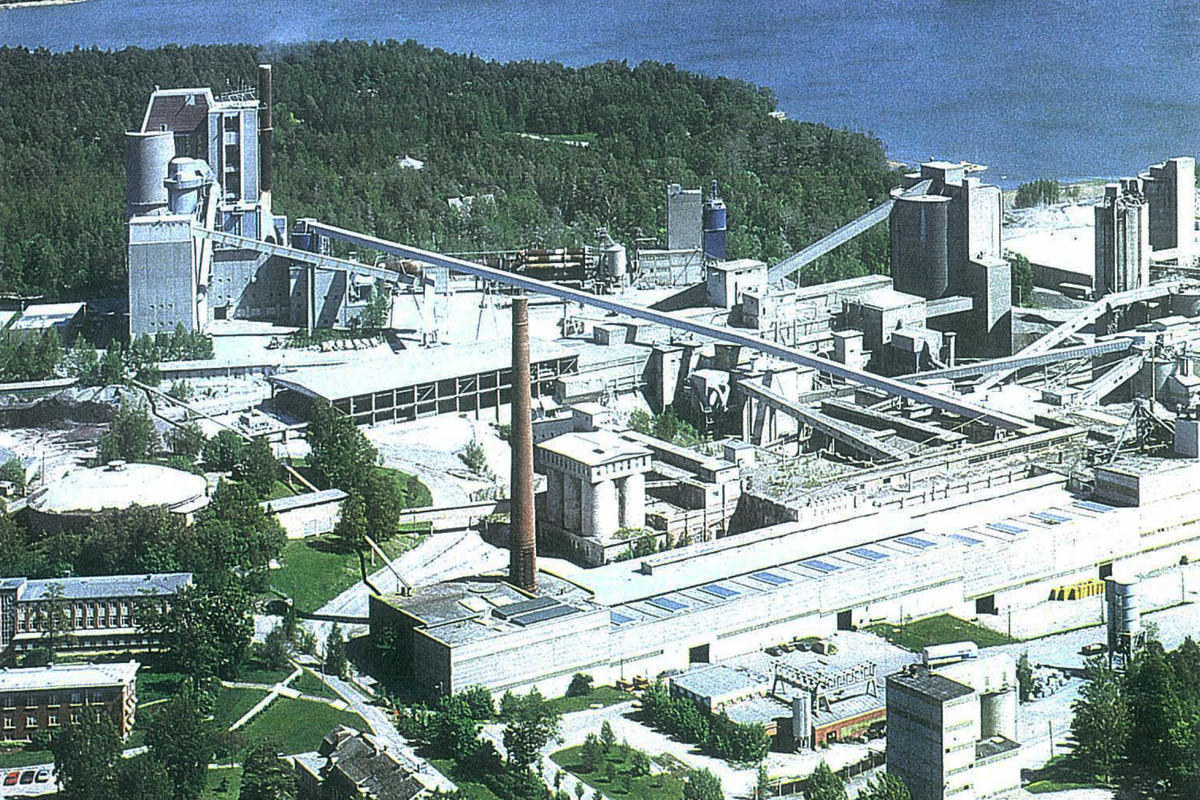 By the turn of the century, CRH had established itself as one of the world’s leading building materials companies, with 37,000 employees at more than 1,100 locations in 18 countries worldwide and sales of close to €7 billion.

The 2000s saw CRH continuing to raise the bar, completing on average a further 52 acquisitions per year, or roughly one deal per week. With consolidation in Europe, entry into US cement for the first time and investments in emerging markets, CRH reached sales of over €17 billion in 2009.

2000: The acquisition of Jura Materials in Switzerland was a further step in expanding the Group’s cement and aggregates presence in Europe. While in the US, the acquisition of The Shelly Company and its primary subsidiary, West Virginia Paving, established a strong platform for subsequent expansion in Ohio and West Virginia.

2001: Acquiring one of the ten largest quarries in the US, CRH consolidated its presence in the New York / New Jersey market, adding long-term aggregates reserves and asphalt and paving operations.

2003: CRH completed its biggest deal up to that time with the acquisition of Cementbouw, a leading Dutch building materials group. The move doubled CRH’s distribution business in the Benelux region and provided an opportunity to take a 45% joint venture stake in Cementbouw’s cement trading and readymixed concrete operations in the region. The Group also established a new platform with its entry into construction accessories in Belgium and France.

2004: As the Group’s Architectural Products business continued to expand in the Midwest and Northeast US masonry markets, significant further expansion into Florida’s hardscapes markets came with the acquisition of Matt Stone (2003) and Paver Systems.

2006: In the same year as its shares began trading on the NYSE, CRH entered the US cement production market for the first time with a 50% ownership of the American Cement Company. That same year, the acquisition of Ashland Paving and Construction (APAC) for $1.1 billion (net of disposals), the largest single transaction in CRH's history to-date, cemented our leadership position in asphalt in the US. CRH also acquired Halfen in 2006, a construction accessories brand known and trusted by architectural engineers the world over; entered composite access chambers with the acquisition of Cubis Systems; and added curtain wall and aluminium extrusion to our glass fabrication business in the US, marking the start of the Oldcastle Building Envelope platform.

2007: In a move to the Far East, CRH made its first acquisition in China with the purchase of Harbin Sanling Cement in the Northeast of the country.

2008: The worldwide financial downturn led to a significant shift in CRH’s short-term focus and a curtailment of development activity as the economic environment deteriorated. Transactions included a 50% stake in MyHome Industries Limited (MHIL), an Indian cement producer with strong market positions and excellent reserves, marking CRH’s first entry into India as well as the acquisition of the UK’s leading manufacturer of construction accessories, Ancon.

2009: CRH increased its emerging market exposure by acquiring a 26% stake of Yatai Cement, a leading cement manufacturer in Northeast China. The company, subsequently renamed Yatai Building Materials, is the leading supplier of cement and concrete products in the region. 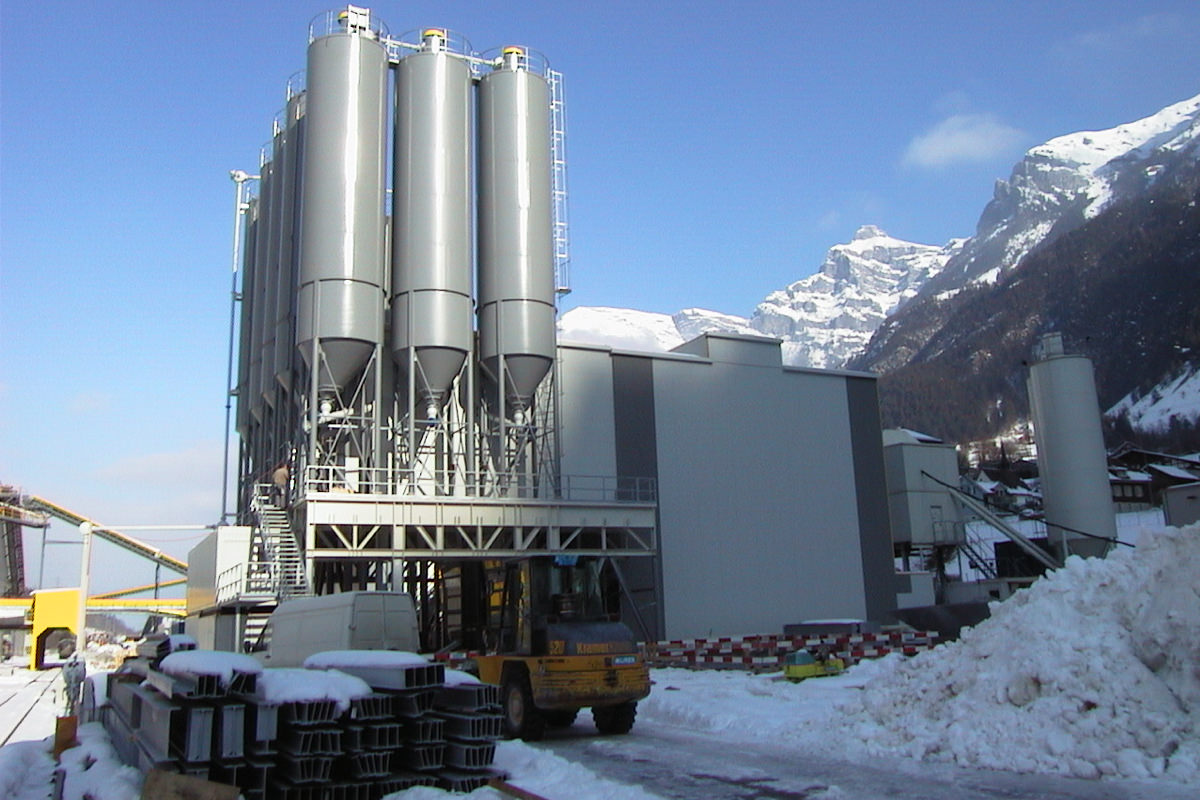 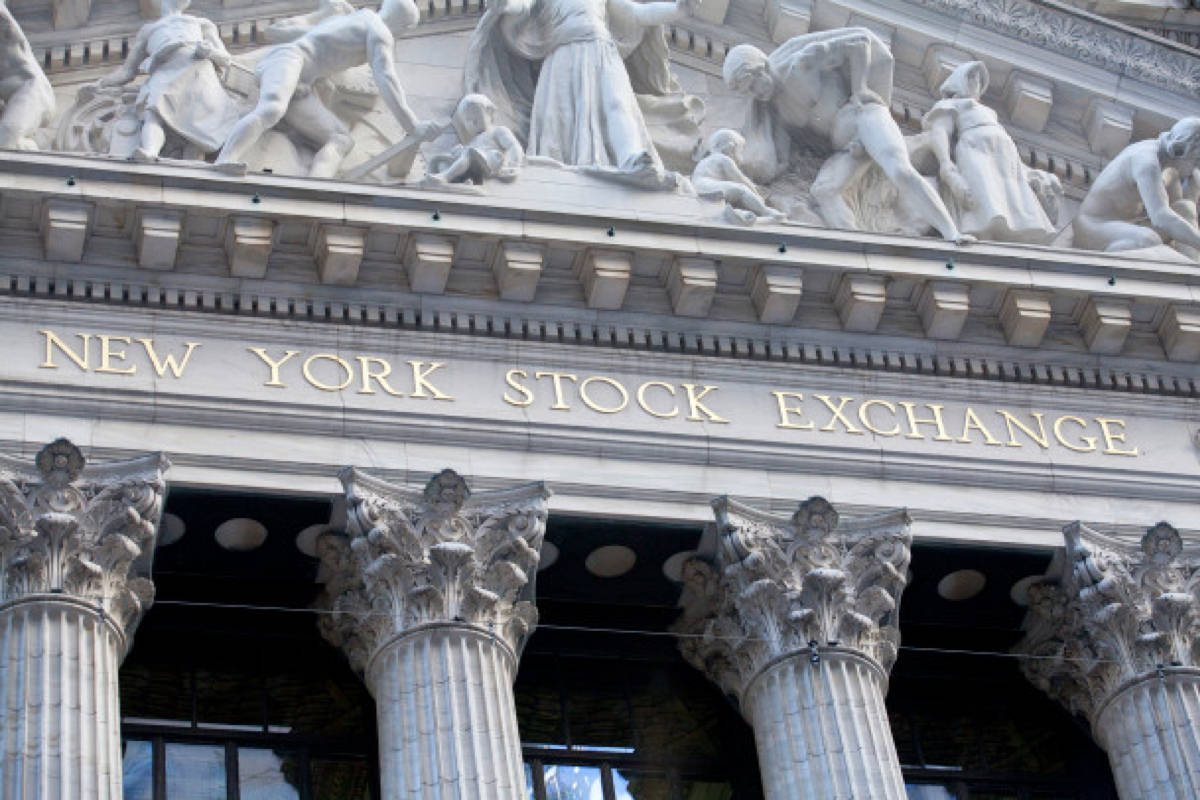 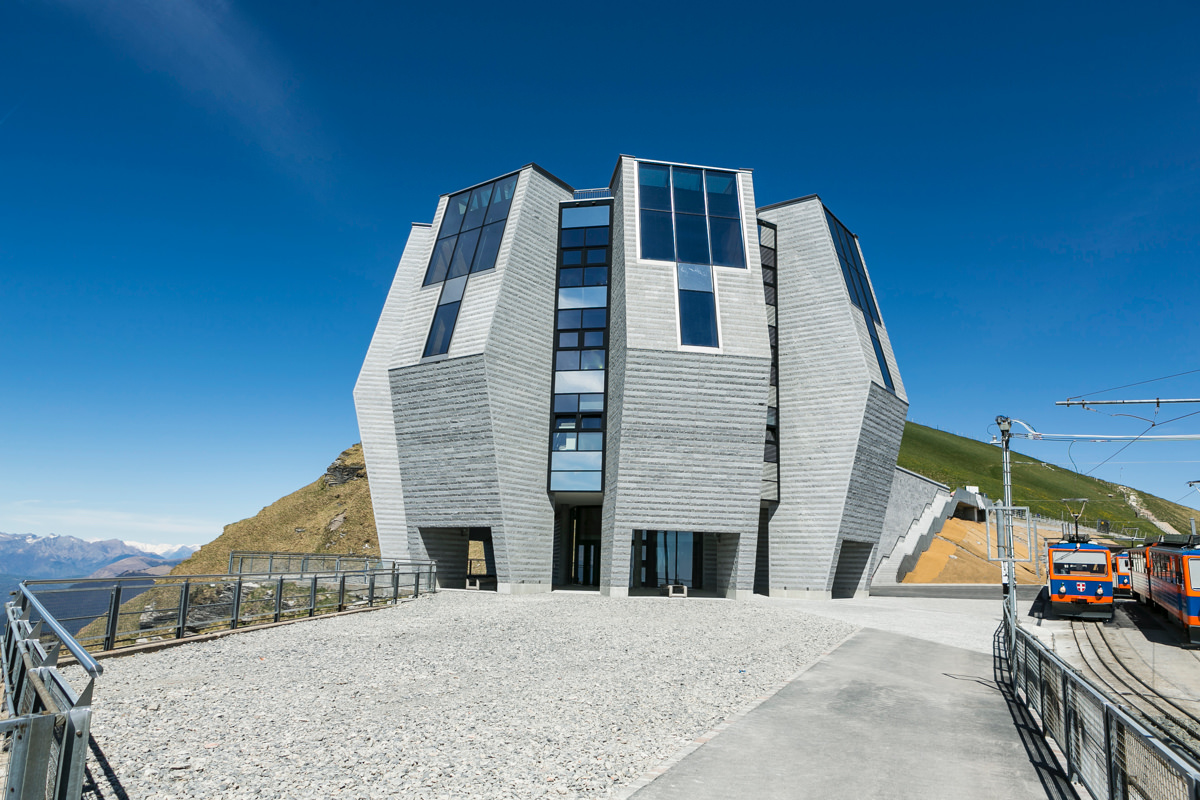 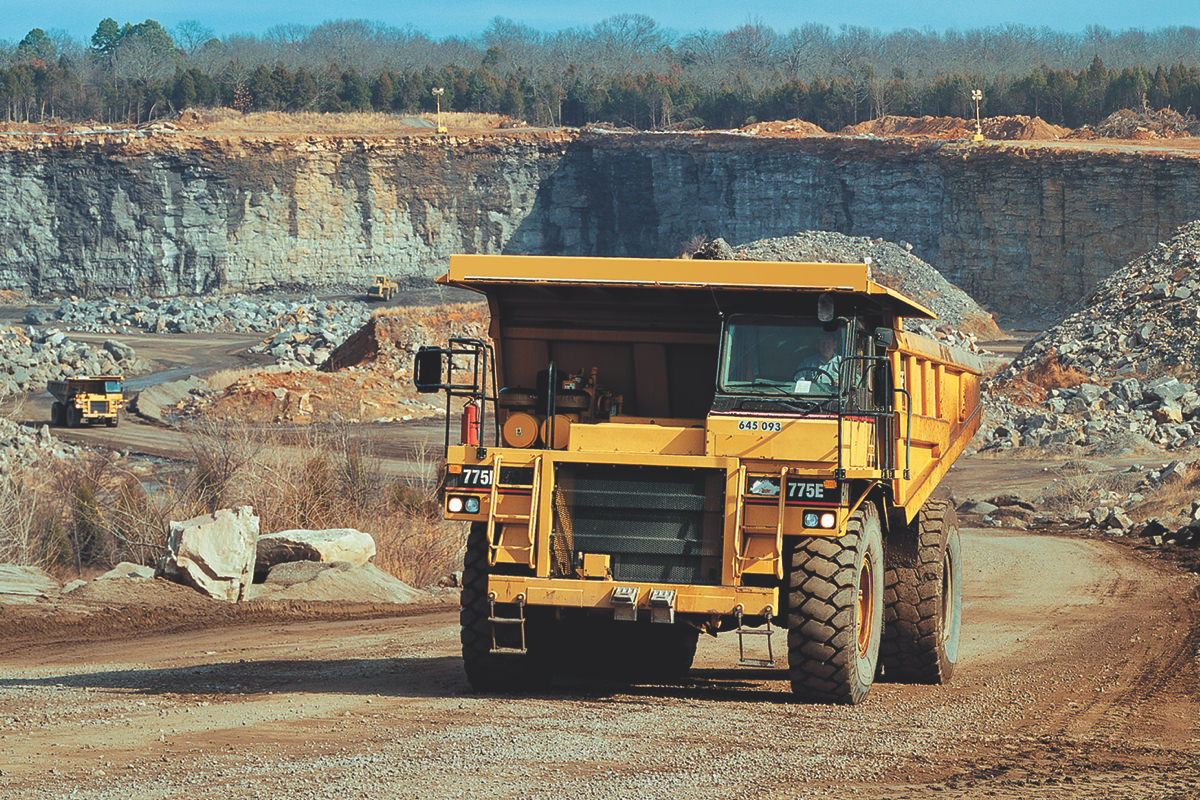 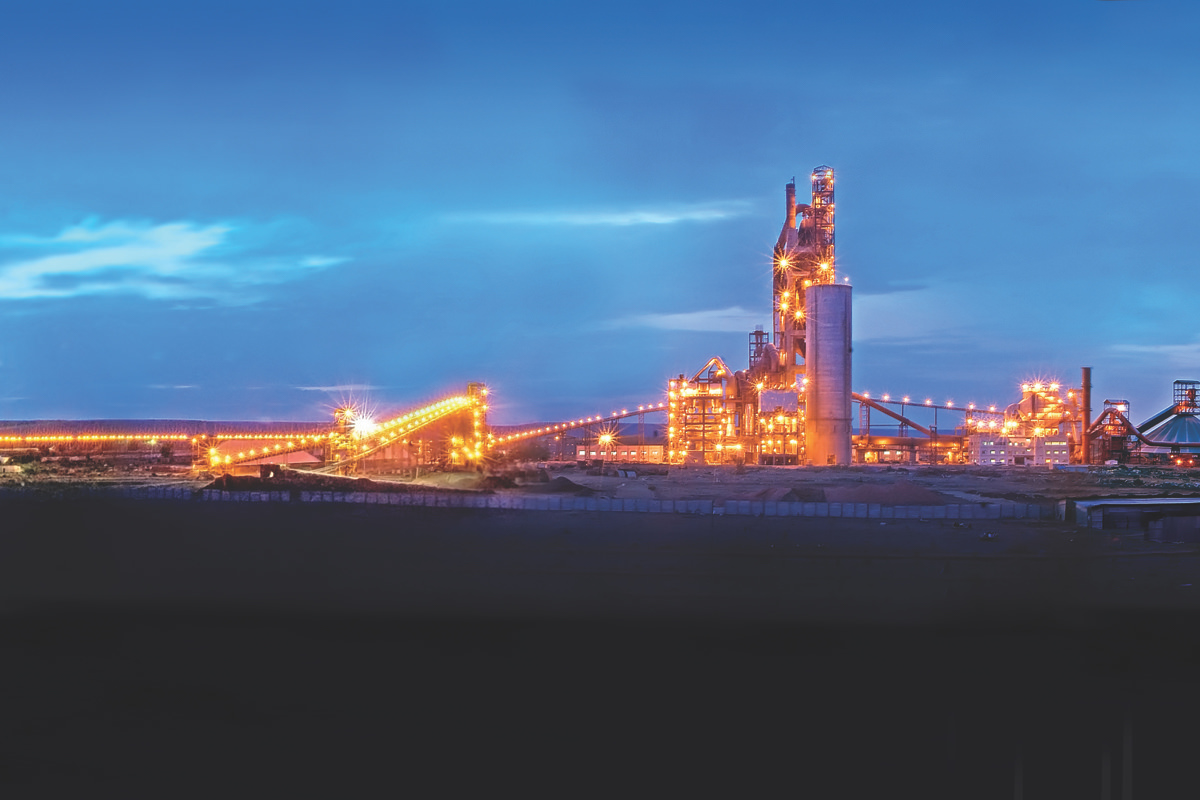 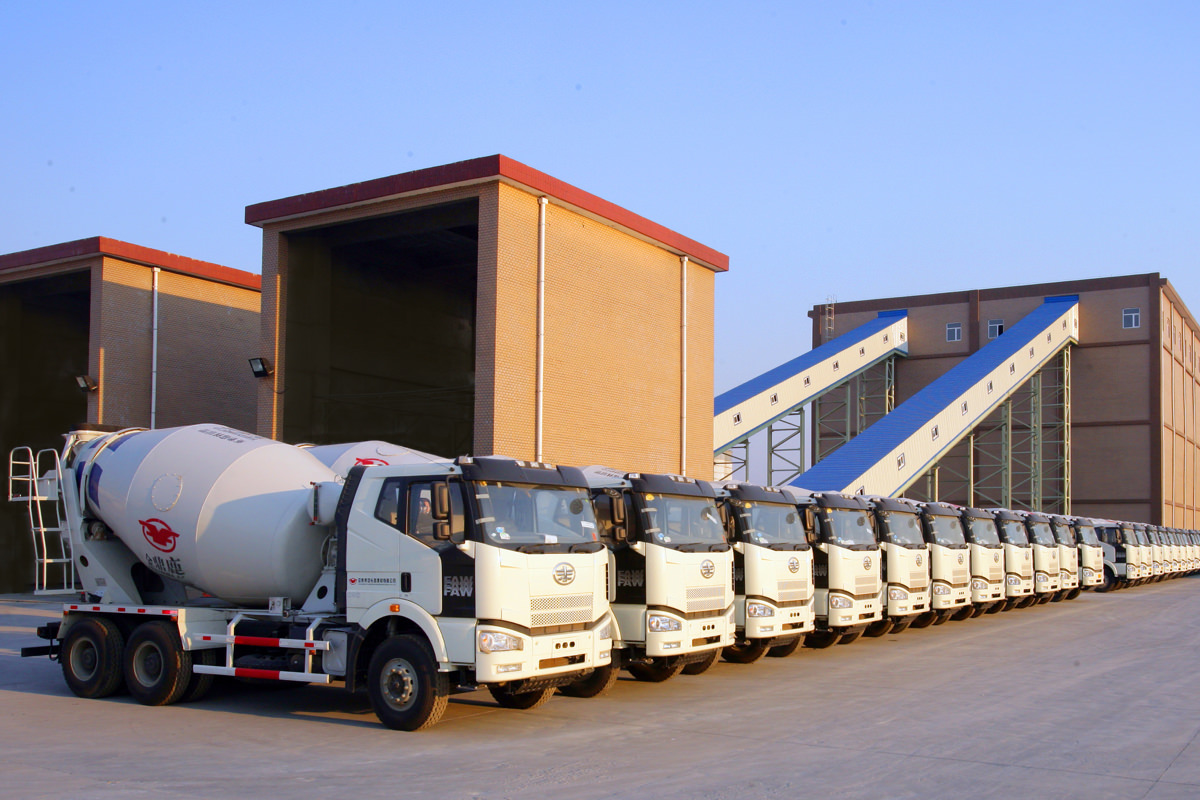 CRH undertook a game-changing transformation in the 2010s which would see it join the FTSE100, enter the global top three in building materials and secure a top five cement producer position in the US. Sales grew from €17.2 billion in 2010 to €26.8 billion in 2018 with operations in 32 countries, employing 90,000 people across 3,700 locations.

CRH is now the leading building materials business in the world and has reshaped its business into three integrated platforms of scale, positioning the Group for future growth.

2013: CRH continued to build its presence in Eastern Europe with major transactions including the acquisition of Mykolaiv Cement, in the Ukraine.

2014: Active portfolio management was to the fore in 2014 with the Group spending €190 million on 21 acquisitions and initiating a divestment programme delivering proceeds of €350 million from 16 transactions.

2015: CRH entered the top three in building materials globally with the acquisition of a global portfolio of assets from Lafarge-Holcim for an enterprise value of €6.5 billion. The deal doubled CRH’s cement volume and expanded the Group’s cement, aggregates and readymixed concrete portfolio. In the same year, CRH divested Ibstock thereby exiting the UK brick market and through the acquisition of C.R. Laurence in the US for a further €1 billion, entered into the custom hardware and glazing installation supplies business.

2017: CRH acquired Fels, a leading German lime and aggregates business with operations in Germany, Czech Republic and Moscow. The acquisition positioned CRH as the number two player in the European lime market, providing an attractive platform for future growth.

2018: The sale of Allied Building Products generated $2.6 billion and marked the Group’s exit from US Distribution. Exiting at a high multiple provided the opportunity to recycle the proceeds into higher growth areas. Later in the year, CRH acquired Ash Grove Cement Company in the US for a total consideration of $3.5 billion. Combined with CRH's existing Suwannee American Cement Company business and CRH Canada, the acquisition of Ash Grove positioned CRH as a top five cement producer in North America, with operations across Florida, Texas, the Midwest and Western US, and Canada.

2019: With the divestment of the Europe Distribution business for an enterprise value of €1.64 billion and the sale of its cement operations in India, CRH continued to reshape its portfolio. Now with three integrated platforms of scale - Americas Materials, Europe Materials and Building Products - CRH is well positioned to meet the changing needs of construction, in the attractive and growing markets of North America and Europe. 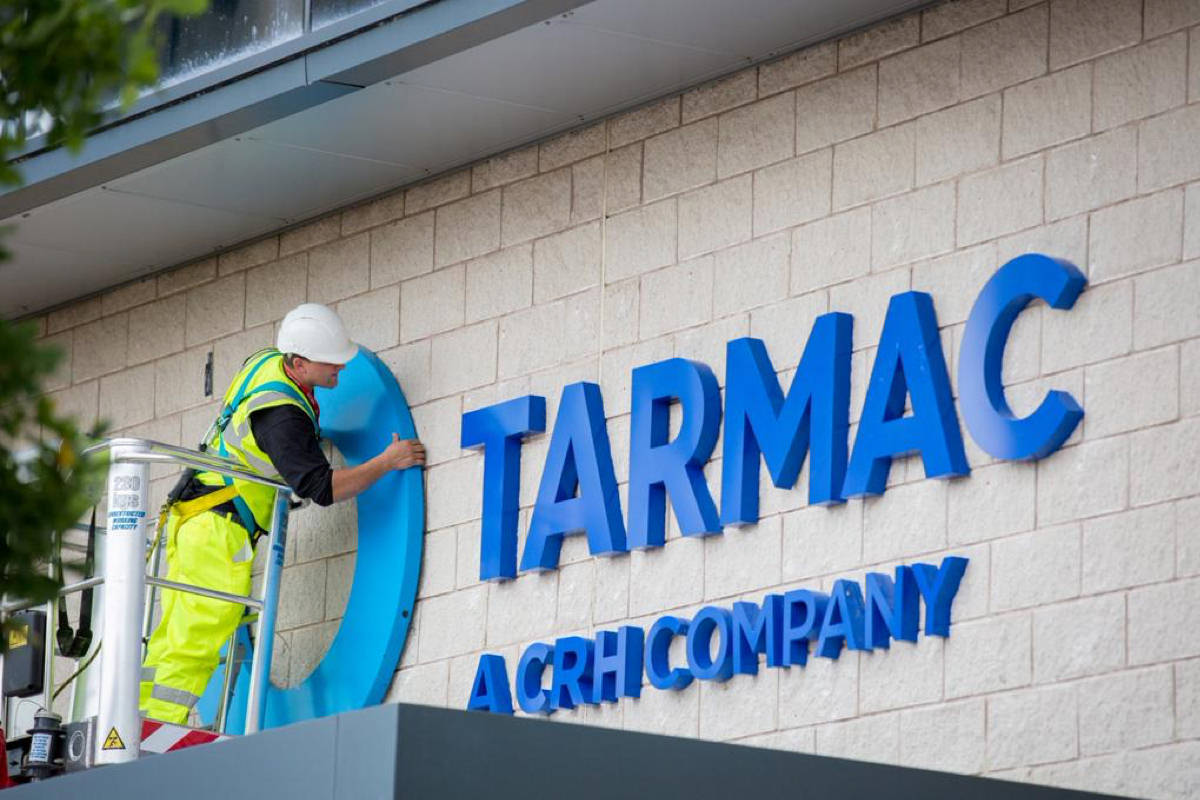 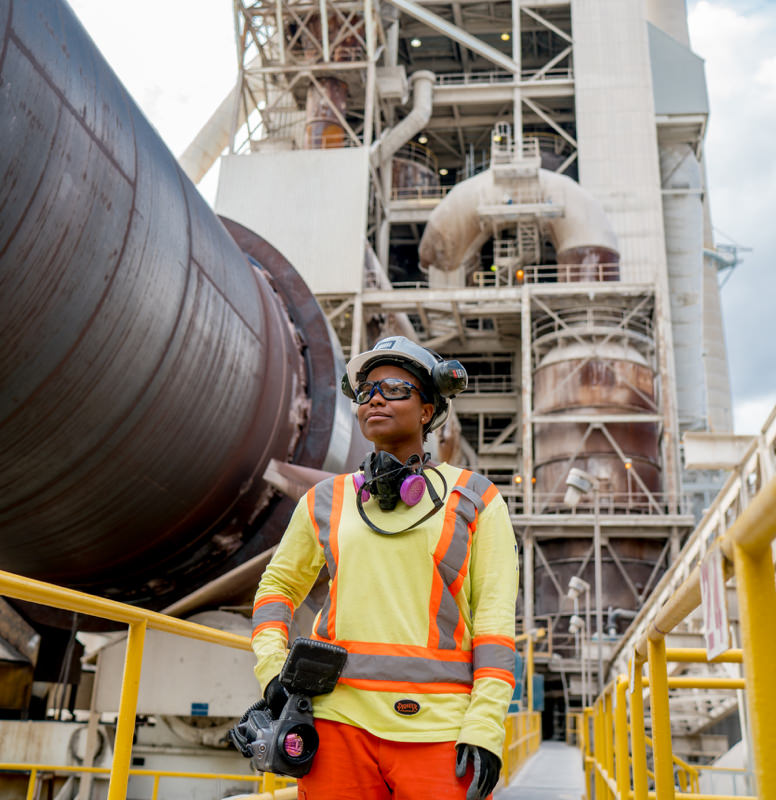 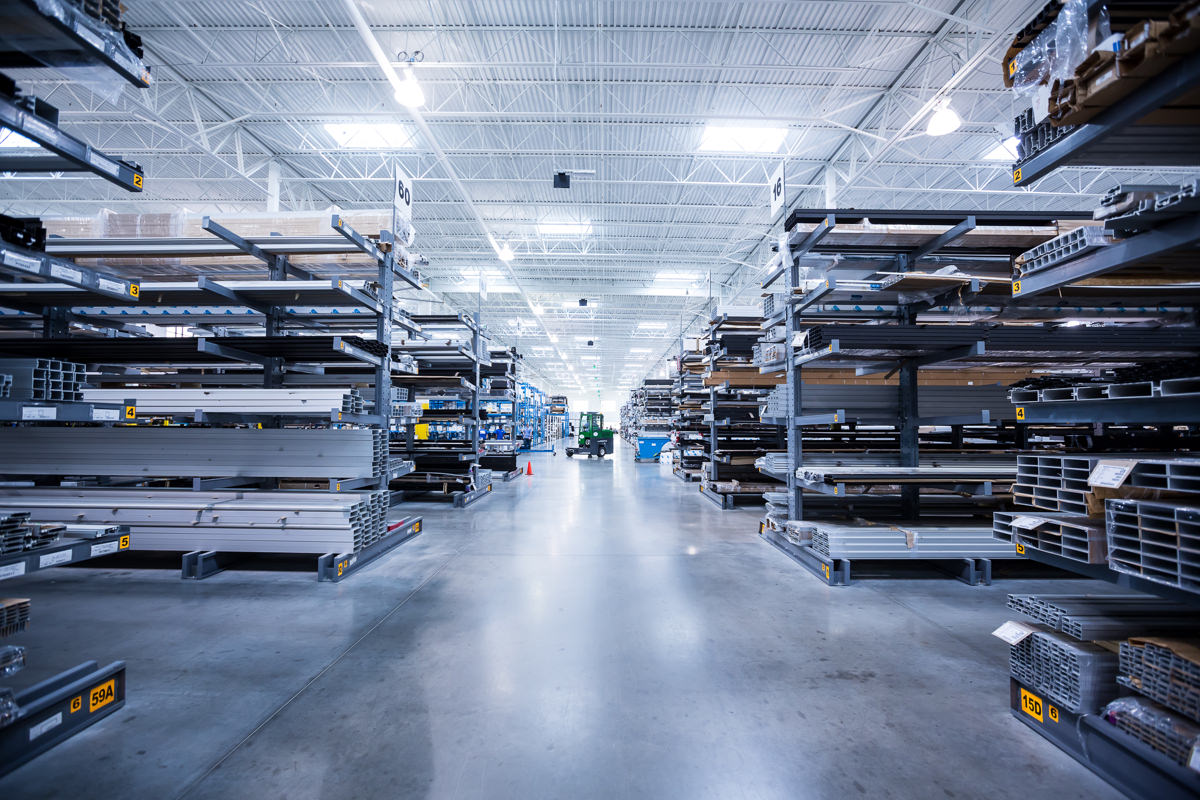 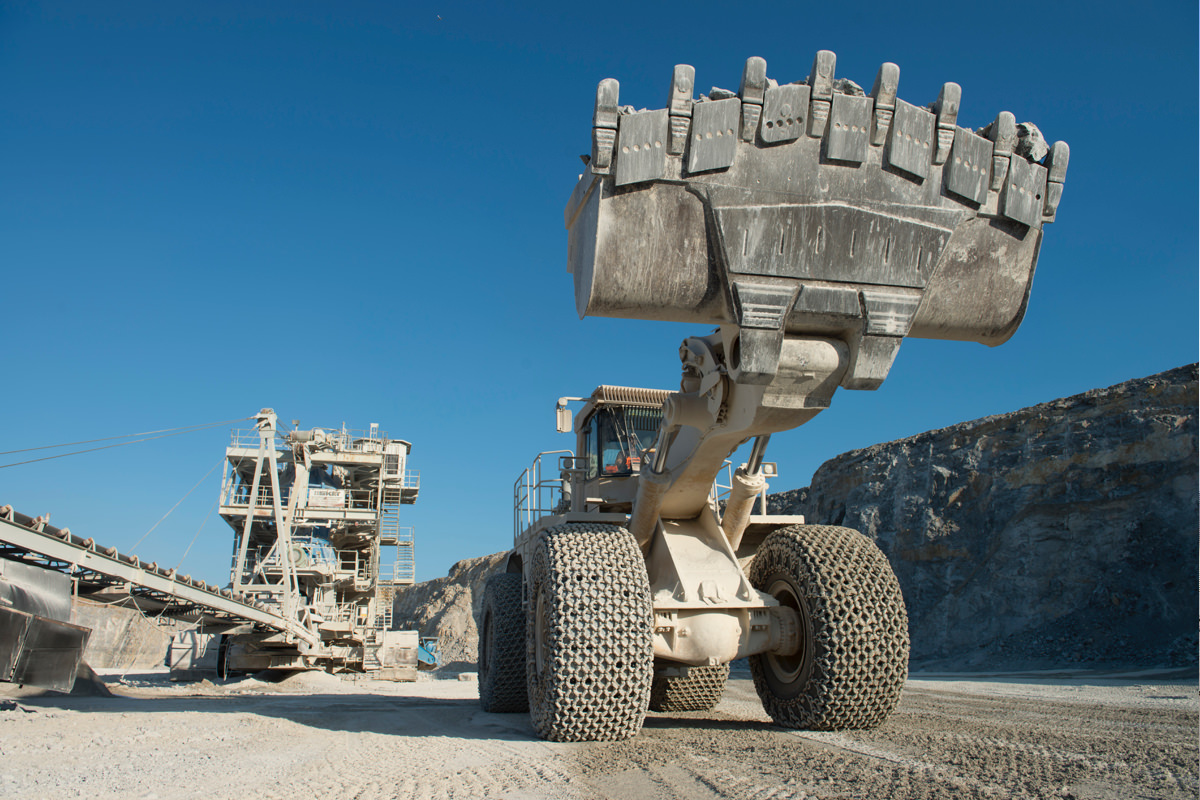 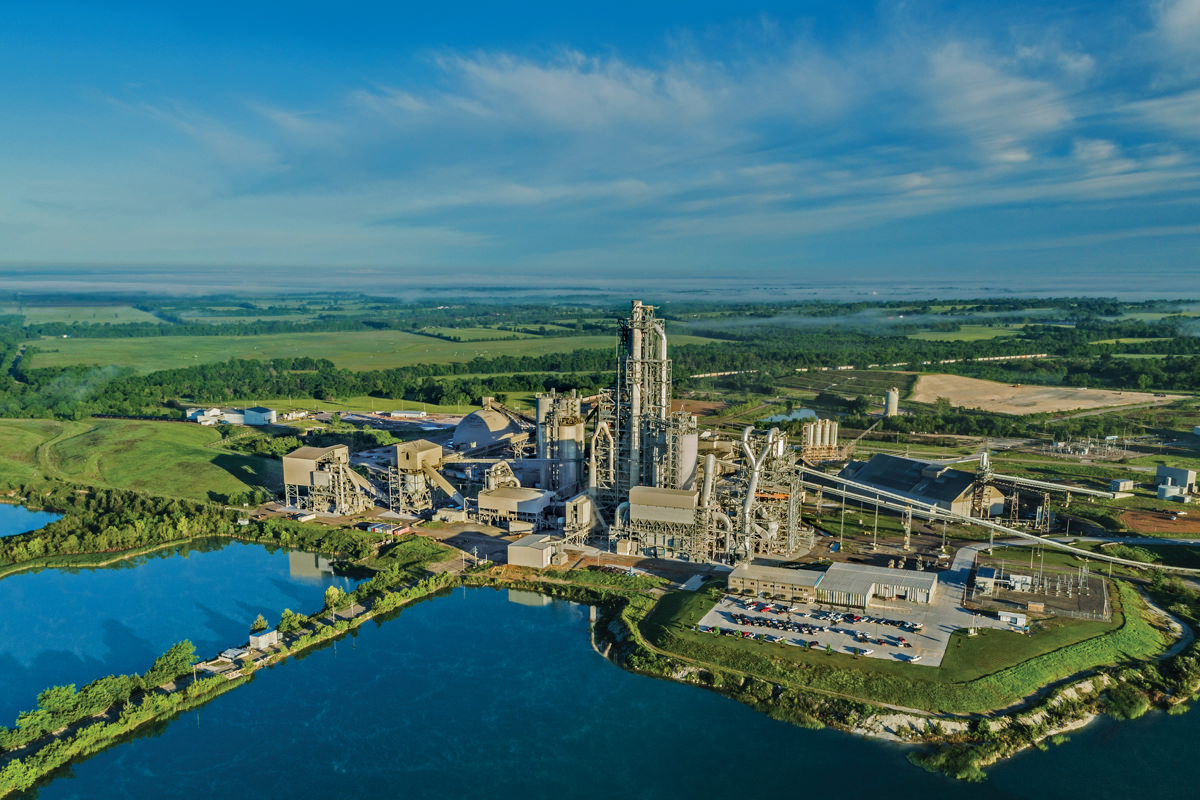 The beginning of the 2020s was dominated by the COVID-19 pandemic and its unprecedented impact on communities and economies around the world. CRH companies proudly played their part in keeping essential services operating and meeting the needs of customers and society.

As the nature of construction continues to evolve and customer needs change, CRH’s solutions focused strategy enables it to meet the growing customer demand for end-to-end solutions and the need to construct quicker, cleaner, cheaper and more sustainably.

2020: As CRH marked 50 years in operation, the unprecedented, challenging backdrop of COVID-19 brought out the best in CRH. The Group acted swiftly in response, working together to keep its people safe, deliver for its customers, create value and maintain performance excellence.

CRH reached agreement to divest its cement business in Brazil, as it focused on its two core developed markets of North America and Europe. The ‘Ash Grove’ brand was adopted across all CRH’s North American cement businesses, while within the Building Products Division, its construction accessories companies united under a new global brand, ‘Leviat’.

2021: CRH continued to transform from a sole supplier of base materials to a fully integrated provider of value-added products and integrated building solutions, which are more sustainable and help to reduce the impact of construction on our world. It invested $1.5 billion in 20 bolt‑on acquisitions which included the addition of businesses such as National Pipe & Plastics (NPP) in the United States enhancing its end‑to‑end solutions offering to customers. 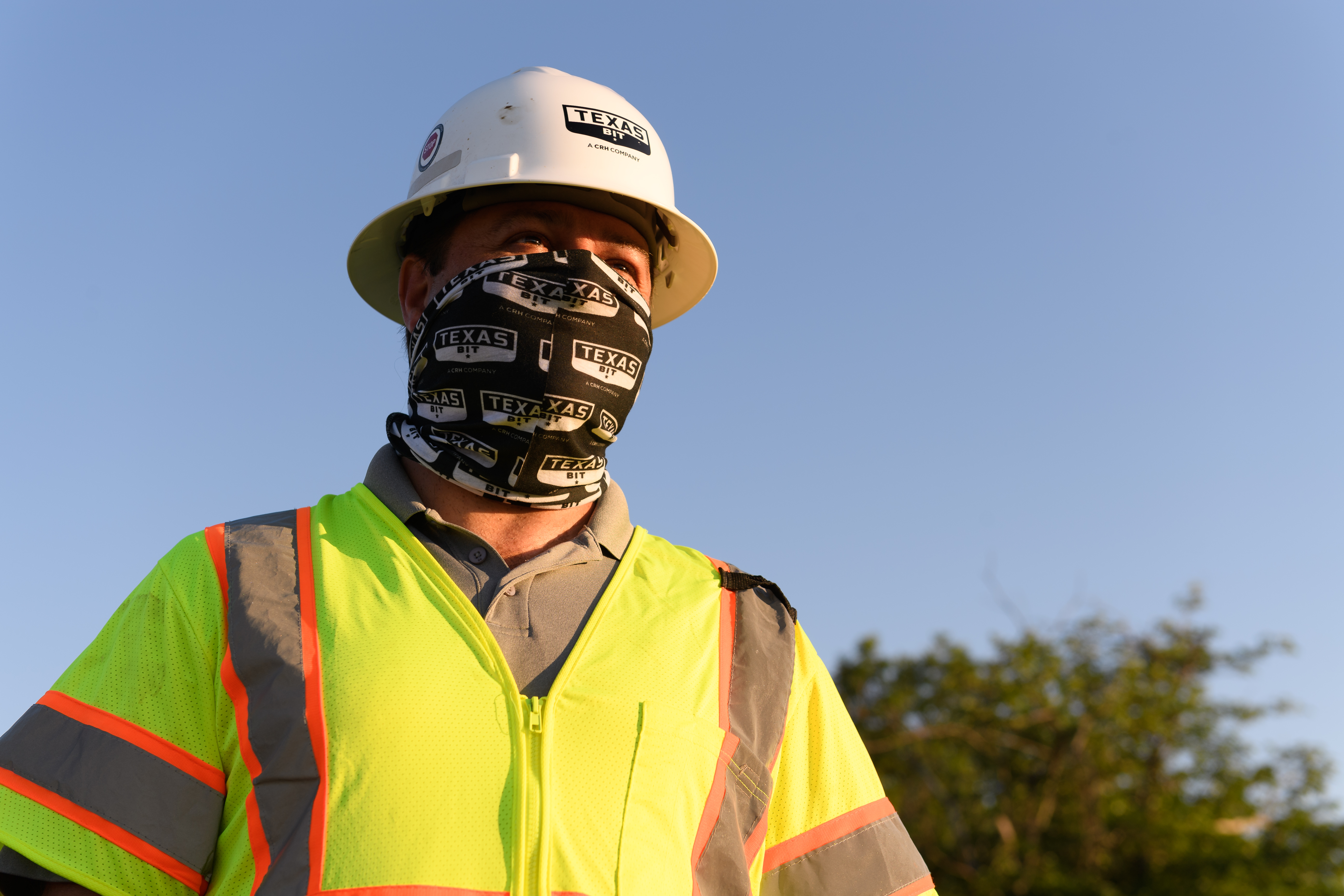 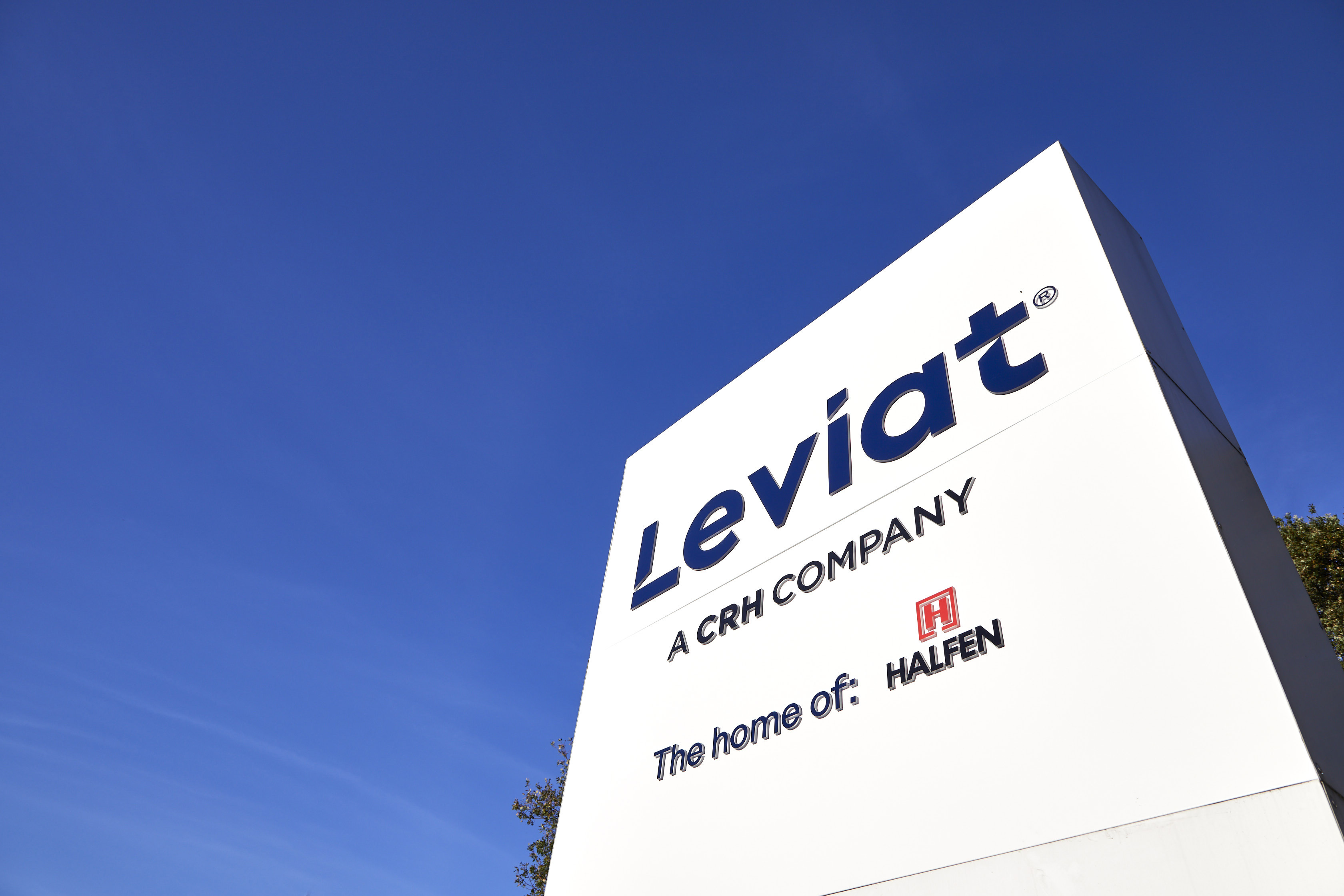 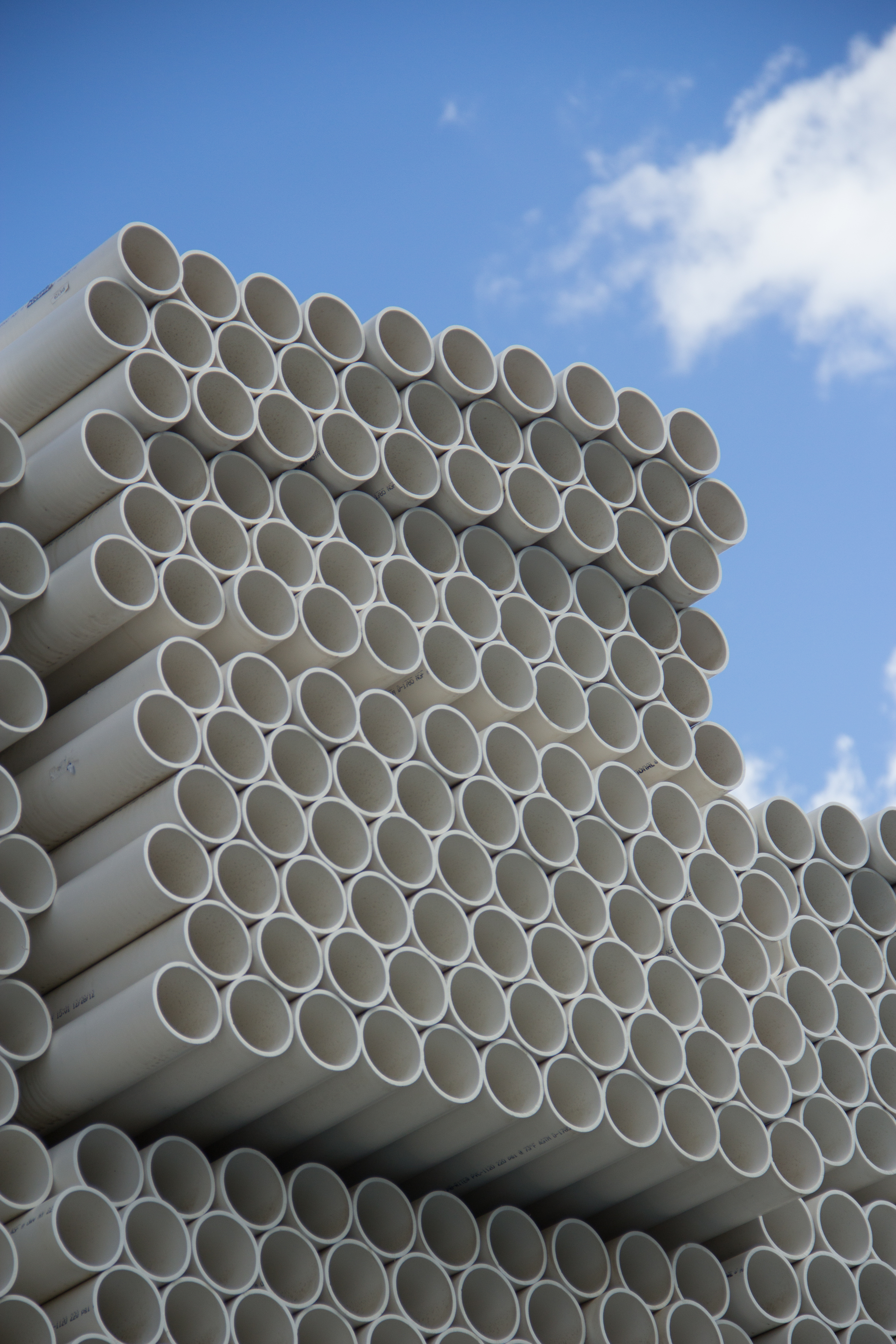 CRH at a Glance

Read an overview of our Group, including some key stats and our geographic footprint.

Discover what drives us and guides how we work.