When it comes to major infrastructure projects, few rival the scale and complexity of the Grand Paris Rail Project. Over a 15-year period, this gargantuan scheme will see the installation of more than 200km of new metro lines and 77 new stations around the French capital, providing direct connectivity between suburban districts without having to travel through the city centre, while also linking important transport hubs in the city. 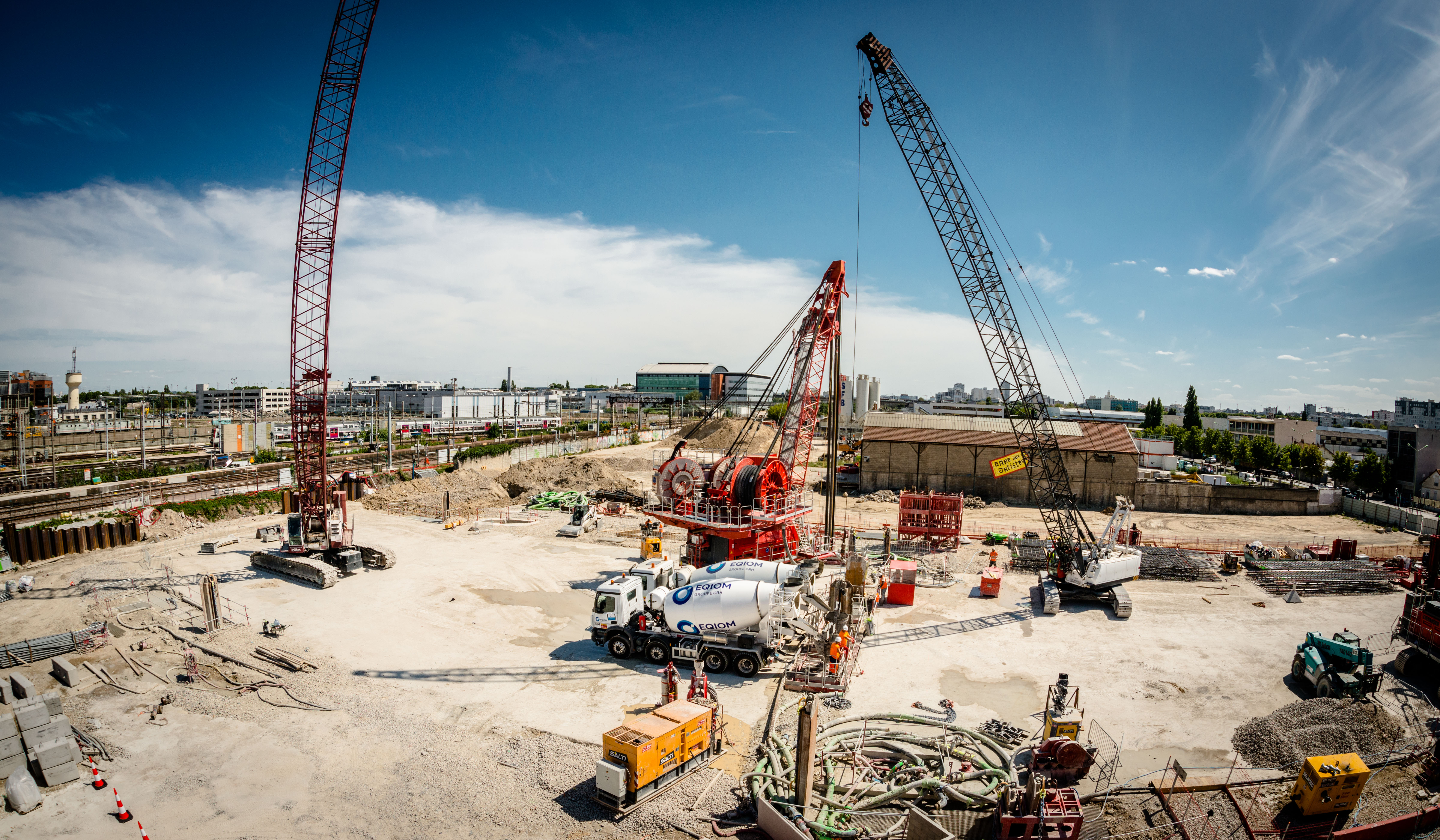 With multiple sites, busy urban road networks, millions of commuters and limited manoeuvrability, the construction challenges are many and varied. Added to the mix of challenges is the Paris Olympic Games in 2024, which bring interim completion deadlines for Grand Paris, along with additional construction work around the already-congested city centre.

In light of the complexity, meticulous planning and clockwork-like delivery are critical to the project’s success. CRH companies EQIOM and Stradal were awarded supply contracts for this reason.

Over the full construction period, 4-5 million m3 of readymixed concrete will be used, with EQIOM supplying 1 million m3 of this amount, to 14 different metro stations. Ensuring a constant supply of high-quality material – including at night and at weekends – is an ongoing requirement. Delivering to the highly-congested Eole line station at the end of the Grande Armée avenue requires a bespoke solution. To meet the challenge, EQIOM has installed a mobile RMC production plant on a 700m2 site in the middle of a roundabout at the end of the busy avenue to meet the daily RMC needs over a two-year period.

From its Chelle depot (close to Paris), EQIOM is also managing huge volumes of cement deliveries to the various Grand Paris sites, with 700 tonnes leaving the site on a daily basis. The aggregates requirements are being met through a combination of barge, train and truck deliveries, plus close cooperation between the cement and aggregates teams.

The Grand Paris network will run 75% underground, thanks to the creation of a two-lane subway tunnel (with 10m cross-section) using tunnel boring machines. This is where the contribution of precast experts Stradal comes in. Having won the contract for delivery of the individual concrete rings for the 24km of tunnels, they installed two carousels at their Aubergenville and Limé sites, each accommodating 42 moulds for the concrete tunnel segments. Over the course of two years, they will supply 100,000 concrete segments with a combined weight of 650,000 tonnes. This will involve the simultaneous use of seven tunnel boring machines and 130 truck deliveries per day.

Grand Paris is currently the biggest urban transport project in Europe. When complete – in 2030 – it is expected to meet the needs of 2.5 million daily commuters and remove 150,000 cars from Paris roads.